How can we help during the Covid pandemic? 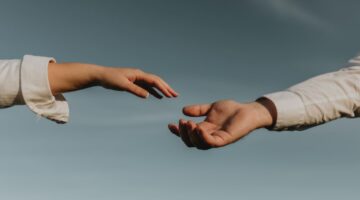 The Covid19 pandemic has been a very trying time for all of us. We were and are restricted from being meeting with friends, family, and even fellow church members.  This can become very depressing.

However, let us use this time to do something good in helping others. In Acts 9:36-43 we read about a woman named Dorcas she made tunics and garments for the widows.

36 At Joppa there was a certain disciple named Tabitha, which is translated Dorcas. This woman was full of good works and charitable deeds which she did. 37 But it happened in those days that she became sick and died. When they had washed her, they laid her in an upper room. 38 And since Lydda was near Joppa, and the disciples had heard that Peter was there, they sent two men to him, imploring him not to delay in coming to them. 39 Then Peter arose and went with them. When he had come, they brought him to the upper room. And all the widows stood by him weeping, showing the tunics and garments which Dorcas had made while she was with them. 40 But Peter put them all out, and knelt down and prayed. And turning to the body he said, “Tabitha, arise.” And she opened her eyes, and when she saw Peter she sat up. 41 Then he gave her his hand and lifted her up; and when he had called the saints and widows, he presented her alive. 42 And it became known throughout all Joppa, and many believed on the Lord. 43 So it was that he stayed many days in Joppa with Simon, a tanner. (NKJV) – Acts 9:36-43

We can do likewise right now. Bev Sperotto is helping an orphanage of children that has AIDS. There are 42 children from 3 months old to twelve years old. Some of us who can knit, crochet, or sew can help. They need jerseys, beanies, and scarves. This will help us also knowing that we are using our time wisely in helping others. There is also a home for abandoned babies from birth to two years of age in Cape Town that Sheila Bauer is helping.

So, ladies let us get stuck in and help if we can. God has given us each talents let us use them. God bless you all. Gloria.

Home » Ladies Pen » How can we help during the Covid pandemic?
a