What does it mean when we forsake the Assembly the God 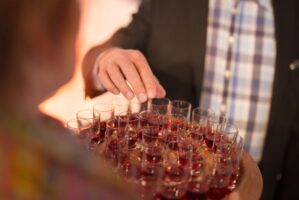 *Recognition goes to Donald Townsley for compiling the list, and Bro. Fred Liggin for including it in his book “Now that you are a Christian…What next?”

Usually, during the month of December preachers pay particular attention to preaching sermons relating in some way or form to resolutions.  I have often considered why this is the case as we usually do not stick to resolutions.

The scripture in Colossians 3:10, says: “and have put on the new man who is renewed in knowledge according to the image of Him who created him”

I have particularly bolded the words “put on”, “new man” and “renewed in knowledge” as these play an important role in how we approach our lives as Christians – in every aspect of Christianity.

So how do we create this new man?  The answer you will find slightly above in the text in Colossians 3:5-7:

“Therefore put to death your members which are on the earth: fornication, uncleanness, passion, evil desire, and covetousness, which is idolatry. 6 Because of these things the wrath of God is coming upon the sons of disobedience, 7 in which you yourselves once walked when you lived in them.” – Col 3:5-7

We have to put to death our old selves, the old man that was once belonging to the world, because the consequence is clear – he will face the wrath of God.

The term – put to death – literally means dead.  Biologically, no matter how hard I try I can never bring something back to life that is dead, and that is what Paul is saying here, we must kill our old selves that were once attached to this world and “put on” the new man – a new spiritual man.

This is a continuous process that comes through studying the scriptures daily – hence the renewed in knowledge.

So you see we cannot simply compare Christianity and being a Christian to a resolutions.  This is not some new diet that we are trying for a few weeks then quit.

Furthermore, one does not need to wait until the turn of the New Year to take on the decision to become the new man, but immediately.

Bro. Fred Liggin to me is a great example of a Christian and I look up to him with all respect.   I study with him weekly.  In one of his books or materials that he has written – called – NOW THAT YOU ARE A CHRISTIAN – WHAT NEXT?  He makes reference to another Christian and author Donald Townsley who wrote about forsaking the assembly.  Donald Townsley passed on some years ago.  He was a Christian. And in his note on wilfully forsaking the assembly he noted down 22 sins committee by a person who wilfully forsakes the assembly.

Note for the record that I give credit to this list for Donald Townsley for compiling it.

24 And let us consider one another in order to stir up love and good works, 25 not forsaking the assembling of ourselves together, as is the manner of some, but exhorting one another, and so much the more as you see the Day approaching – Heb 10:24-26

26 For if we sin wilfully after we have received the knowledge of the truth, there no longer remains a sacrifice for sins,

Trampled the Son of God underfoot

Insults the spirit of Grace

These are things to be taken lightly!!! – However, there are other obligations.

Lords supper – on the Lord’s day, he forsakes the appointment the Lord has made with him, that they may commune together in the Lord’s Supper

7 Now on the first day of the week, when the disciples came together to break bread, Paul, ready to depart the next day, spoke to them and continued his message until midnight. – Acts 20:7

29 But I say to you, I will not drink of this fruit of the vine from now on until that day when I drink it new with you in My Father’s kingdom.” – Matt 26:29

He forsakes being with the Lord in the assembly

He denies his allegiance to Christ that he confessed before baptism.

He is not seeking first the kingdom and its righteousness

33 But seek first the kingdom of God and His righteousness, and all these things shall be added to you. – Matt 6:33

He becomes a stumbling block to the babes in Christ

6 “But whoever causes one of these little ones who believe in Me to sin, it would be better for him if a millstone were hung around his neck, and he were drowned in the depth of the sea. – Matt 18:6

He hinders special efforts to preach the gospel

If others are partakers of this right over you, are we not even more?

Nevertheless we have not used this right, but endure all things lest we hinder the gospel of Christ. – 1 Cor 9:12

He Neglects worship that God seeks

23 But the hour is coming, and now is, when the true worshipers will worship the Father in spirit and truth; for the Father is seeking such to worship Him. – John 4:23

He fails in his duty towards his children

Children, obey your parents in the Lord, for this is right. “Honor your father and mother,” which is the first commandment with promise: “that it may be well with you and you may live long on the earth.”

And you, fathers, do not provoke your children to wrath, but bring them up in the training and admonition of the Lord. – Eph 6:1-4

He is not a light to the world around him

“You are the light of the world. A city that is set on a hill cannot be hidden. Nor do they light a lamp and put it under a basket, but on a lampstand, and it gives light to all who are in the house. Let your light so shine before men, that they may see your good works and glorify your Father in heaven.– MAtt 5:14-16

that you may become blameless and harmless, children of God without fault in the midst of a crooked and perverse generation, among whom you shine as lights in the world, – Phil 2:15

He is not seeking those things that are above

If then you were raised with Christ, seek those things which are above, where Christ is, sitting at the right hand of God. Set your mind on things above, not on things on the earth. – 1 Cor 3:1-2

He is becoming unfruitful in the Lords work

Now he who received seed among the thorns is he who hears the word, and the cares of this world and the deceitfulness of riches choke the word, and he becomes unfruitful. – Matt 13:22

“I am the true vine, and My Father is the vinedresser. Every branch in Me that does not bear fruit He takes away; and every branch that bears fruit He prunes, that it may bear more fruit. You are already clean because of the word which I have spoken to you. Abide in Me, and I in you. As the branch cannot bear fruit of itself, unless it abides in the vine, neither can you, unless you abide in Me.

“I am the vine, you are the branches. He who abides in Me, and I in him, bears much fruit; for without Me you can do nothing. If anyone does not abide in Me, he is cast out as a branch and is withered; and they gather them and throw them into the fire, and they are burned. – John 15:1-6

He knows to do good and fails to do it

He is failing to grow as a mature Christian

For though by this time you ought to be teachers, you need someone to teach you again the first principles of the oracles of God; and you have come to need milk and not solid food. For everyone who partakes only of milk is unskilled in the word of righteousness, for he is a babe. But solid food belongs to those who are of full age, that is, those who by reason of use have their senses exercised to discern both good and evil. – Heb 5:12-14

He is not putting Christ first in his life

He is not obeying them that have rule over him

Remember those who rule over you, who have spoken the word of God to you, whose faith follow, considering the outcome of their conduct. – Heb 13:7

He has weakened himself spiritually or may even be dead

This scripture is a reference to partaking of the Lords supper however the plea is to examine oneself.

Points for consideration and action

Remember – to overcome this we have to put to death the old man, the old ways, the things of the world, and put on the new man.